I will use assets from JonLundy3d he have a lot of great sci-fi assets!
Implementation - core
You will need to set Weapon_Rifle socket to HeroFPP skelmesh and MuzzleFlash socket on static mesh. You should know how to do that if you were reading earlier posts.

Now go to AnimGraph and do something like that: 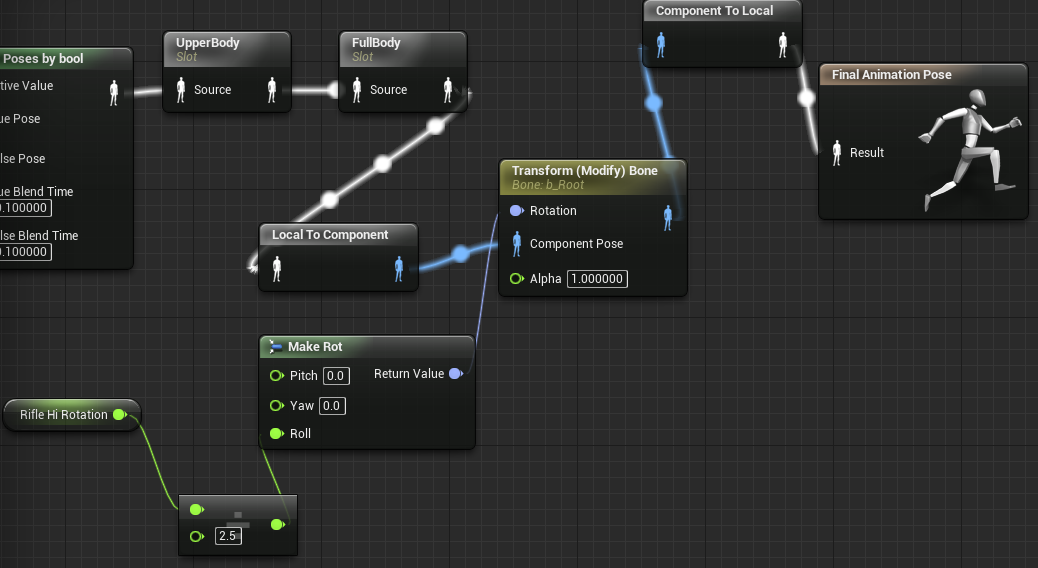 We need to know when we are holding fire and when releasing.

Then create RifleFire Function - it will be big one. 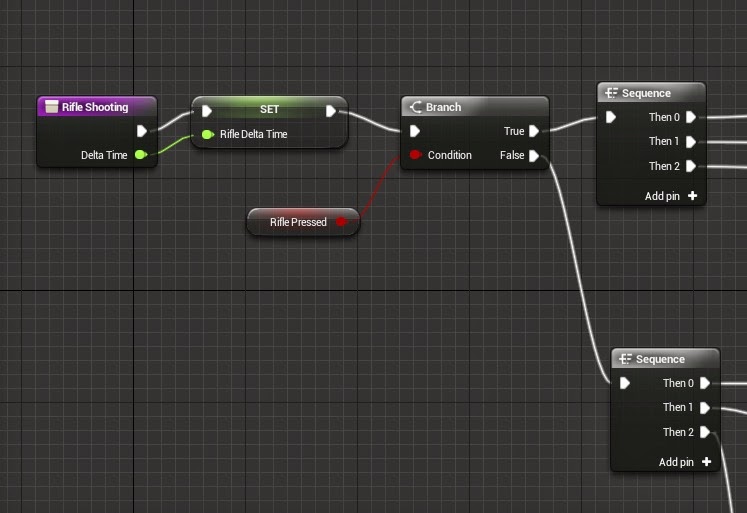 So basically we are checking when we are holding finger - increase rotation, play weapon animation, spawn projectiles, effects and increase heat. When we release our finger we are disabling all of the effects. When heat is to big we are disabling shooting. BP looks complicated but it's really easy - try to analyze it and create such functionality by yourself!

As far I can know Epic is working on Copy/Paste blueprints system, hope they will finish it soon so it will be easier to show you how to create such things.

Create new function Add_Spread. (I know we did that earlier but here we need data from MuzzleFlash socket and not player rotation) 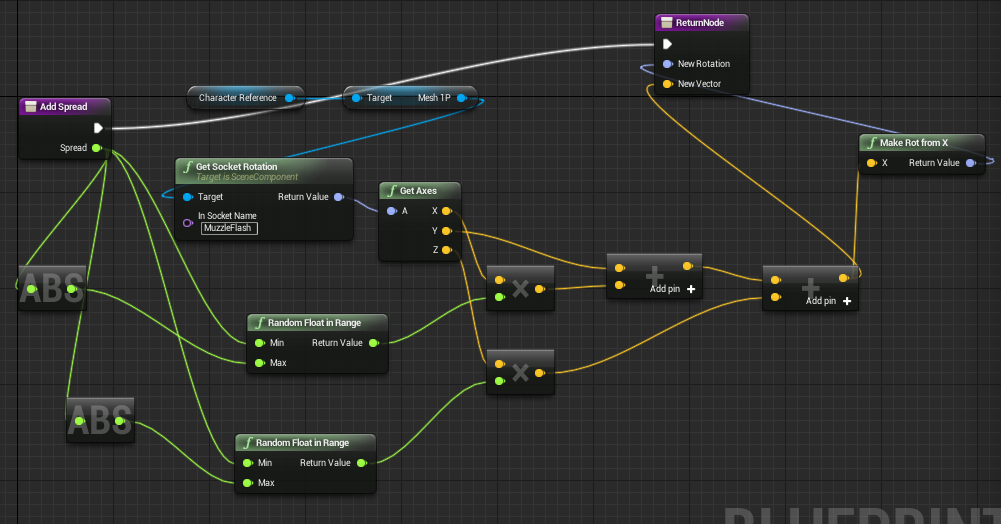 Move to main EventGraph and add this:

Sounds
For shooting use this cue: AssaultRifle_Cue. In main MyCharacter BP you will see that I'm using this cue. 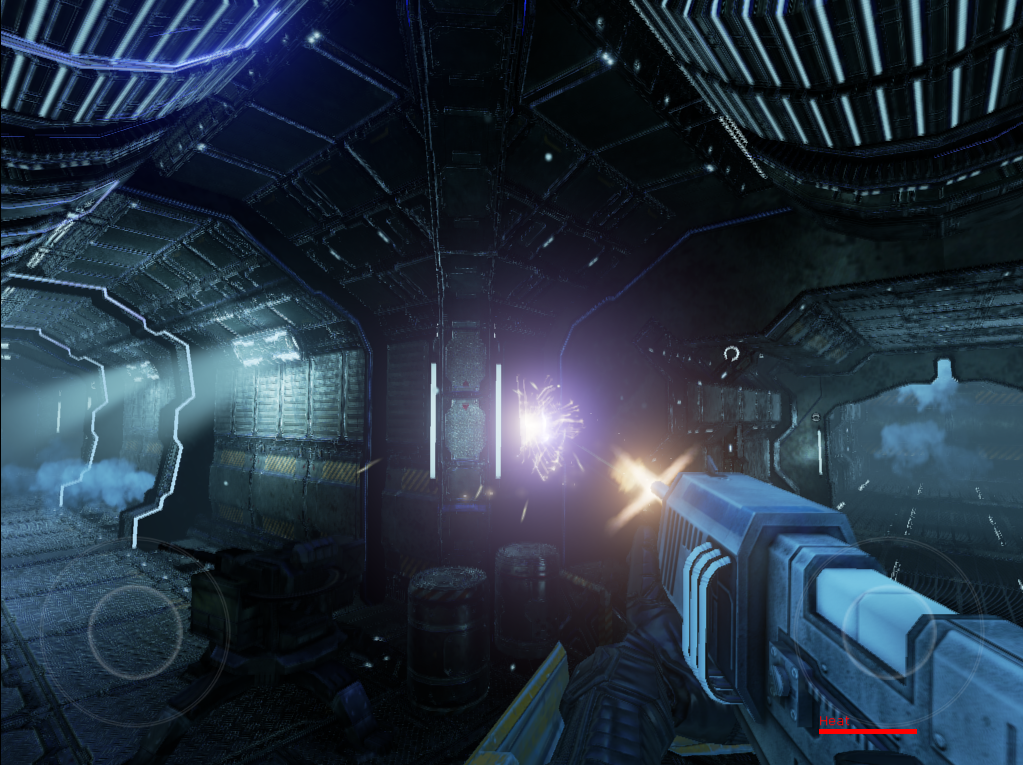 In next post we will add special weapon that you can fire and control the bullet.

Due to refactoring I'm moving to new blog which can be found here: www.shootertutorial.com 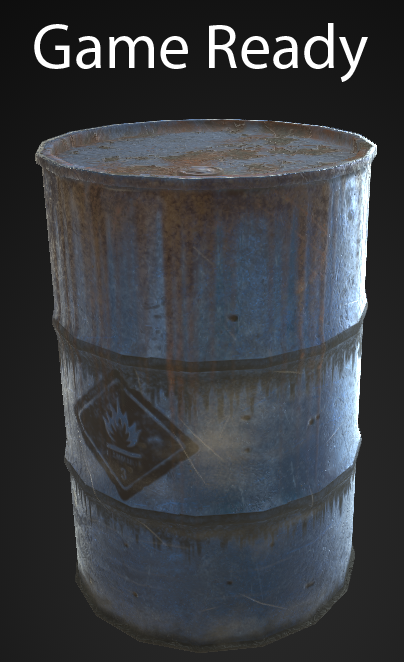 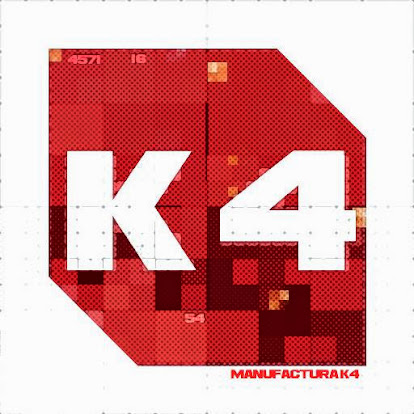 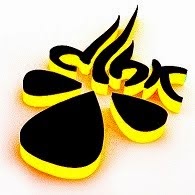